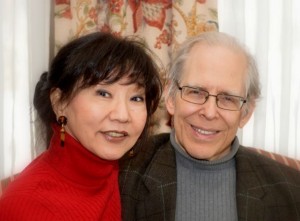 Marc Mostovoy founded The Chamber Orchestra of Philadelphia in 1964 and was its music director for 40 years. Mi-Young Park is a violinist who played concerts internationally for over 40 years. Now retired, they make their home at Medford Leas.

The name Marc Mostovoy is very familiar to Delaware Valley music lovers. In 1964, while studying musicology at the University of Pennsylvania, Marc founded Concerto Soloists, now known as The Chamber Orchestra of Philadelphia. As the Orchestra’s Music Director for 40 years, he conducted it locally, nationally and internationally. He was also instrumental in forming the Philly Pops. 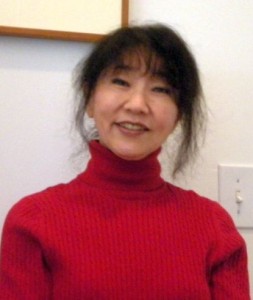 Marc’s violinist wife, Mi-Young Park, and her pianist sister, Pong-Hi Park, are known to many residents of Medford Leas, because they were brought here by the late Ed Dreby to give recitals when he was chair of the MLRA Music Committee. Since October 14, 2013, Marc and Mi-Young have been residents of 160 Woodside Drive on the Lumberton campus of Medford Leas. They had previously lived in Center City Philadelphia, so they are enjoying the surrounding views of nature. Mi-Young was born in Seoul, Korea, where she started violin lessons at the age of seven. She and her sister gave recitals from an early age. Mi-Young was invited to play for President and Mrs. Syngman Rhee of South Korea. After winning many prizes in Korea, she was accepted by Efrem Zimbalist, director of the Curtis Institute of Music, Philadelphia, as a full-scholarship student at age 14. She came to the U.S. in 1963, not knowing any English. She and Pong-Hi, who had come three years earlier, have given concerts in the United States and abroad for over 40 years, including at Carnegie Hall in New York City. Mi-Young’s distinctive interpretations of music have earned the admiration of musicians and critics alike. The Philadelphia Inquirer said: “Mi-Young Park scored a personal triumph as the virtuoso soloist.” In the 1980s, she collaborated with Marc in developing an entirely new performance approach to Vivaldi’s Four Seasons. Many other performers have since adopted their creative concept. 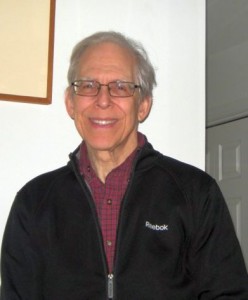 Marc was born in Philadelphia in 1942, but moved to Atlantic City early on where he began taking violin lessons in fourth grade and conducting lessons while in high school. After graduation from Atlantic City High, he attended Temple University, where he received a BA in music education. He then attended graduate school at the University of Pennsylvania, majoring in musicology. He also began viola lessons and continued his conducting studies at the New School of Music in Philadelphia and, during the summer, in France. Mi-Young and Marc were married in 1991, and, after playing for appreciative audiences for 50 years, she retired in 2005. With gardening among her many interests, she has converted the sun-room of their Lumberton home into an indoor plant room, which she tends with great care. As cultural advisor to Governor Milton Shapp in the ‘70s, Marc led the effort to reform the Pennsylvania Council of the Arts, the Historical and Museum Commission, and the Art Commission, making them nonpartisan and responsive to the public. During his years with the Orchestra, he premiered more than 60 works by area composers, gave employment to hundreds of talented young local musicians, enabling them to stay in Philadelphia, and gave the region’s many choral groups access to these fine musicians for their accompanying orchestras. In the 1980s, he pioneered the pairing of projected visuals with classical music performances incorporating great works of art. He later co-founded the Wolf/Mostovoy initiative, presenting numerous outstanding multimedia productions at the Kimmel Center for the Performing Arts, where he served as multimedia artistic director. Marc was founding artistic director of both Mozart on the Square (Philadelphia) and the Laurel Festival of the Arts in Jim Thorpe, PA, and helped to form the Bruce Montgomery Foundation for the Arts. In 2002, he co-founded Studio Incamminati, Philadelphia’s internationally renowned school for realist art, serving for a time as executive director. Most recently, he co-founded Moxart, a not-for-profit dedicated to arts and education. Marc received an Honorary Doctor of Music from Combs College in 1980 and has numerous awards and citations from the City of Philadelphia and the Commonwealth of Pennsylvania. Since 2004 he has been principal of Mostovoy Artistic Services, Inc., a small consulting firm designed to assist not-for-profit organizations in areas of his expertise. He looks forward to continuing his work in the wonderful environment of Medford Leas in Lumberton and Medford. Mi-Young and Marc await with pleasure the blooming of their specially created garden behind their new home.