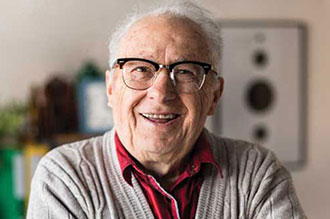 By Sally Friedman It was my lousy back that got the first discussions going about a move to a continuing care retirement community (CCRC). For years, I’ve struggled with my unwelcome genetic legacy – a disc issue that was starting to make life in a two-story home downright daunting. “Oh, my aching back!” became an all-too common refrain. After a while, our bossy, adult daughters – all three of them – began a campaign. We knew it was time to get serious about an easier, more carefree and supportive way of life. My husband, Vic, and I balked at first. We felt just fine in our house. We had lived in the same town – Moorestown, New Jersey – for 45 years, and it was where we still wanted to be. But my back did not agree with those plans, and it made that clear. I was starting to actually ponder the notion of giving up our total independence in search of a more helpful and age-appropriate environment. Our first forays into South Jersey’s and Philadelphia’s abundant continuing care retirement communities (CCRCs) ranged from enlightening to depressing. We were overwhelmed by the questions that started to flood our minds: Was this non-independent lifestyle right for us? Why surrender autonomy? Could we willingly accept scheduled communal meals, some general communal living and on-site medical care all of which was clearly part of the package? Would all of that be the answer for feisty folks like us? Vic and I have always managed our own lives, sought privacy and prided ourselves on looking out for one another. We had gotten this far with no outside help. Still, we roamed the housing marketplace looking for that elusive fit – a place that would somehow seem to say, this is the right home for two semi-rebels. It took us a year to budge from “We’re not ready” to “This makes sense.” The place we ultimately found as a fit for us, Medford Leas, is a Quaker community set on an arboretum with gorgeous trails and a country feel. It was just 10 miles from our home in Moorestown. But initially, going there felt like a trip to another universe. We would have a small, open backyard but would share a courtyard with six neighbors within sight. Many other courtyards were scattered nearby, which meant that the lifestyle was definitely communal. Meals were part of the package and were presented at specified times. Our laid-back style of eating dinner when we felt like it would have to yield to a new regimen. In the end, it was the old system of pluses and minuses that helped to clarify this epic decision to move us past the doubts that had haunted us for months. My husband is 85. I am 79. Feisty as we are about maintaining our cherished independence, we couldn’t ignore that freedom isn’t free. So after agonizing weeks of saying goodbye to cherished possessions that wouldn’t fit in our smaller space and endless sleepless nights when we tried to imagine our new life, we finally moved into our new house in April. Lurking behind were the fears of less free will and of feeling “managed.” Now here we are in a new town, surrounded by new people and tasked with creating a home all over again. There are mealtime hours and parking restrictions. All of that actually fell into place far more smoothly than we had imagined. Here’s essentially what we have learned: We love going on the community bus to near and distant places. While our car is “resting” in a nearby lot, we absolutely don’t miss the traffic and hassles of modern highways and byways. And best of all, my back has decided it likes life on one floor. I count that as the ultimate bonus!   07-16-2018 Posted by Marcia Siegal